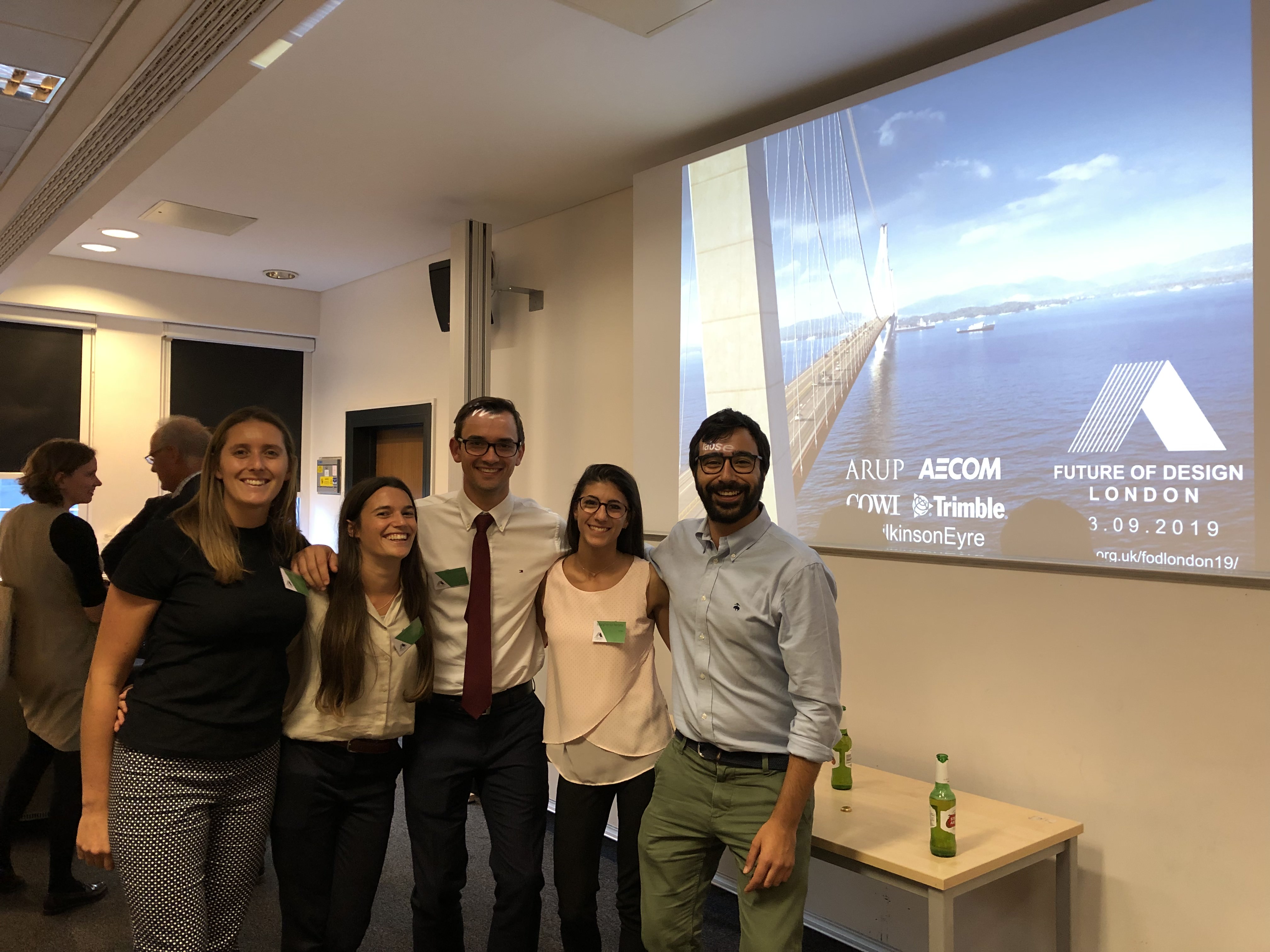 On the 13th September the IABSE British Group’s Future of Design London conference had another successful day. Held at Imperial College London the event was attended by over 100 delegates and was a stimulating and thought-provoking day.

The day kicked off with a welcome from IABSE British Group Chair Ian Firth. He dropped a ‘climate bomb’ and encouraged delegates to wake up to the climate emergency that we are facing. This introduction gave delegates a sustainability lens through which to view the speakers and this was evident in the Q&A sessions that followed the Keynote Speakers.

In the morning delegates heard from Haekil Park from DLSY on the construction of what will be the world’s longest suspension bridge, Ruth Norman-Johnson from Ramboll on the importance of digital “intrapreneurship”, Lorenz Haspel from SBP on the innovative use of carbon fibre cables in suspension bridges and Jim Eyre from Wilkinson Eyre on achieving architectural visions. The talks demonstrated the wide range of skills demanded of engineers and different ways which they can be applied.

The conference offered three workshop sessions to delegates, with delegates having the opportunity to attend two out of the three. Nick Francis from Imagine Engineering and Oliver Broadbent from Constructivist ran a workshop on behavioural design, challenging attendees to achieve their designs in Lego. Lara Tabet and Charlotte Murphy from Arup ran a workshop on Hyperloop, encouraging delegates to get to grips with the technology and to investigate the business case for Hyperloop routes. Marcus Morrell and Solene Fercocq from Arup ran a workshop focused on the UN Sustainability Goals, delegates were introduced to four different visions of the year 2050 and discussed the role of today’s engineers in determining which scenario becomes a reality.

After lunch the Young Designer’s Paper competition talks took place. All papers were interesting and well presented with the Judges Winner going to Manjola Caro, Fibre Reinforced Polymer Bridges and the Audience Choice Award going to Gemma Small, Engineered Cardboard Floor Joists. Throughout the day delegates could vote on the Young Designer’s Design Competition. Four impressive entries were shortlisted and the Judges Winner and the Audience Choice Award both going to Anthea Schneider and Daniel Perez.

In the final Keynote Speaker session Gijs Van Der Velden from MX3D spoke about 3D printing of infrastructure, Inger Kroon from COWI spoke about the design of floating suspension bridges in Norwegian Fjords and Kelly Doran from MASS Design Group spoke about the importance of supply chain when working on remote projects and how that should be transferred in to the UK design mindset. A very interesting and passionate Q&A session on the sustainability of our industry followed these talks. It was clear that delegates of this year’s Future of Design conference had engaged with the sessions and had taken Ian Firth up on his challenge to approach projects differently due to the climate crisis we are facing.

The IABSE British Group would like to extend our thanks to the organisers for another superb event. We would also like to thank our sponsors: Arup, Aecom, COWI, Trimble and Wilkinson Eyre. Without the generous support of these companies we could not arrange this ever popular event.