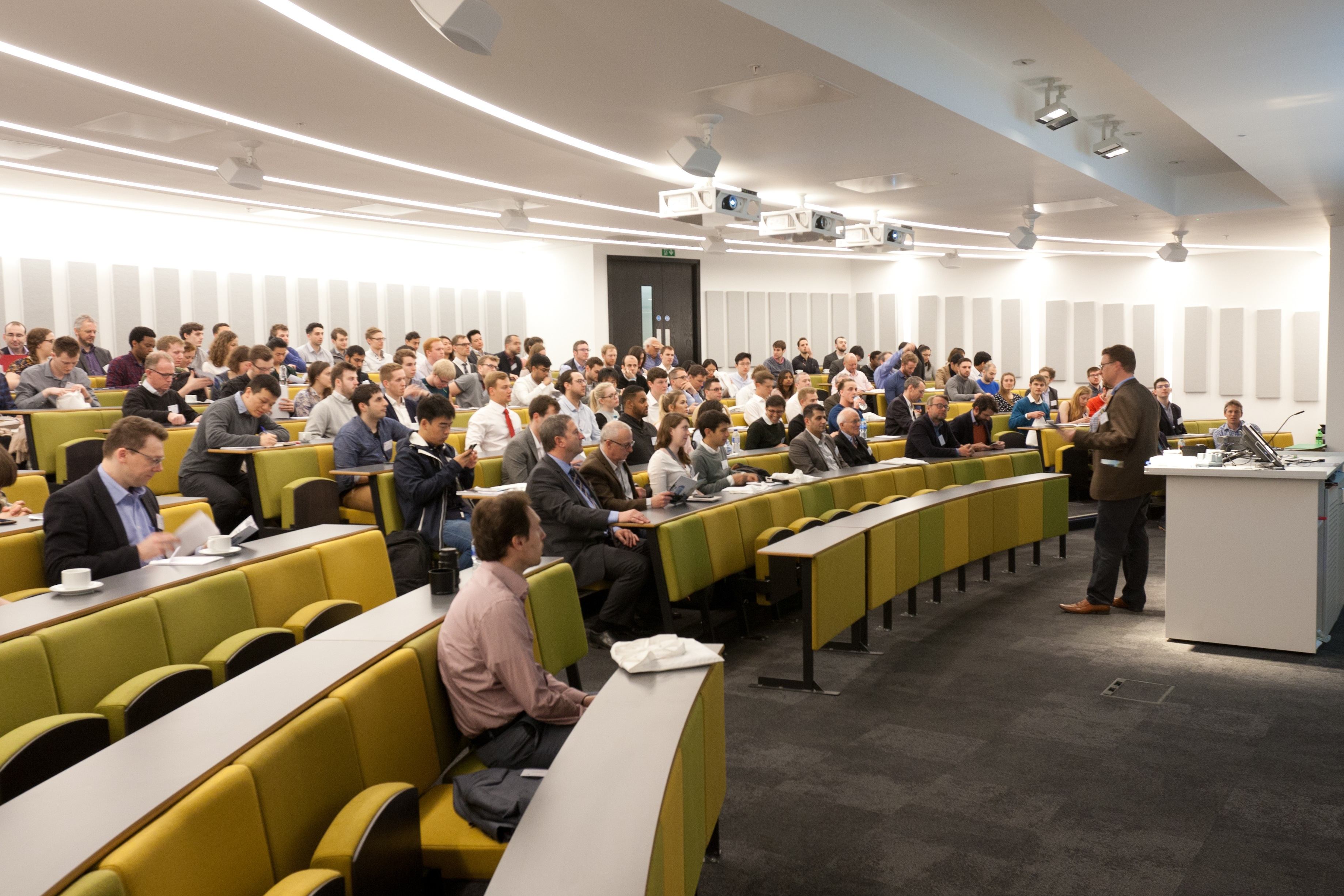 On Friday 21st April, the University of Sheffield’s impressive Diamond Building successfully played host to a day long ‘Future of Design’ conference, aimed at inspiring and enthusing students and graduate engineers alike. The conference was organised on behalf of IABSE (The International Association for Bridge and Structural Engineering) entirely by members of the Department’s teaching and administrative staff and students, over a 12 month period.

The event attracted some 170 delegates during the day (about half of which were either current University of Sheffield students or alumni) and about 50 at the subsequent conference dinner, which was held in Inox. Whilst it was only the second ‘Future of Design’ conference held in the North, the number of delegates ranked among the highest of recent Future of Design events.

[Best_Wordpress_Gallery id=”3″ gal_title=”FODSheffield”]The conference, which was opened and closed by Ian Firth (IABSE British Group Chair and current President of the IStructE) attracted a range of internationally renowned and award winning speakers from both industry and academia.

James O’Callaghan of Eckersley O’Callaghan kicked off the morning talks after admitting that his business has profited from Steve Jobs becoming manically obsessive about structural glass. His use of structural glass has led to increasingly innovative use of the material exhibited Apple Stores around the world from glass staircases to the Apple Zorlu, a glass box that won the IStructE Supreme Award for Structural Engineering excellence in 2014; much to the chagrin, he notes, of many structural engineers who didn’t see where the structure was!

Eadon Consulting’s Nick Francis was next on Applying Military Planning Techniques to Unlock Engineering Innovation. He shared, from his experience as a military Commander, the 7 stage process that military have devised to define problems and to come up with the best idea. A process, he joked, that involves going into a dark room with a towel over the head. Most interesting was how he tackled the construction of a temporary dam to save the the town of Romsey during the 2014 floods with only ropes, scaffold tubes, plastic bottles and scaffold boards.

Steve Webb of Webb Yates then delighted the audience with his use of stone for structures. The stone staircases they create are highly sought after in London properties and have evolved from an understanding of first principles and knowledge of how to design safely but elegantly using stone. As if he couldn’t be bolder, he prototyped their new stone slab concept as a live install at the V&A.

As something different, a talk by an enigmatic government security adviser know only as Paul provided an eye opening account of current infrastructure security in the UK! The sheer extent that Centre for the Protection of National Infrastructure do to keep us safe and the innovation they apply without us knowing made the audience riveted to the talk even leaving one or two graduates asking how they got into the line of work. The answer was that you don’t apply, they find you!

In the afternoon session, and unlike any of the previous conferences, a series of interactive workshops were run on topics including Sketching, The Art of Approximation and Optimisation, giving delegates an opportunity to develop their skills in these areas. This was followed by a Young Designers’ Competition, in which eight students and recent graduates gave presentations on some of the exciting projects / research they are working on, with recent University of Sheffield graduates Ian Shepherd and Viktoras Jarmolkovicius both winning prizes.

The final presentation was given by John Roberts of Jacobs, telling us all about the i360 in Brighton. John took the audience through how the World’s most slender tall tower was constructed.

The event was sponsored by Arup, Eadon Consulting, Mott MacDonald, SH Structures, The University of Sheffield’s Faculty of Engineering and Oasys. Prize sponsors included Eckersley O’Callaghan, Peter Brett Associates and the IStructE Yorkshire Regional Group. As always, IABSE is thankful to the sponsors for helping to keep the Future of Design a must attend conference whilst still being affordable to young professionals and students.

Jon Carr, The Univeristy of Sheffield