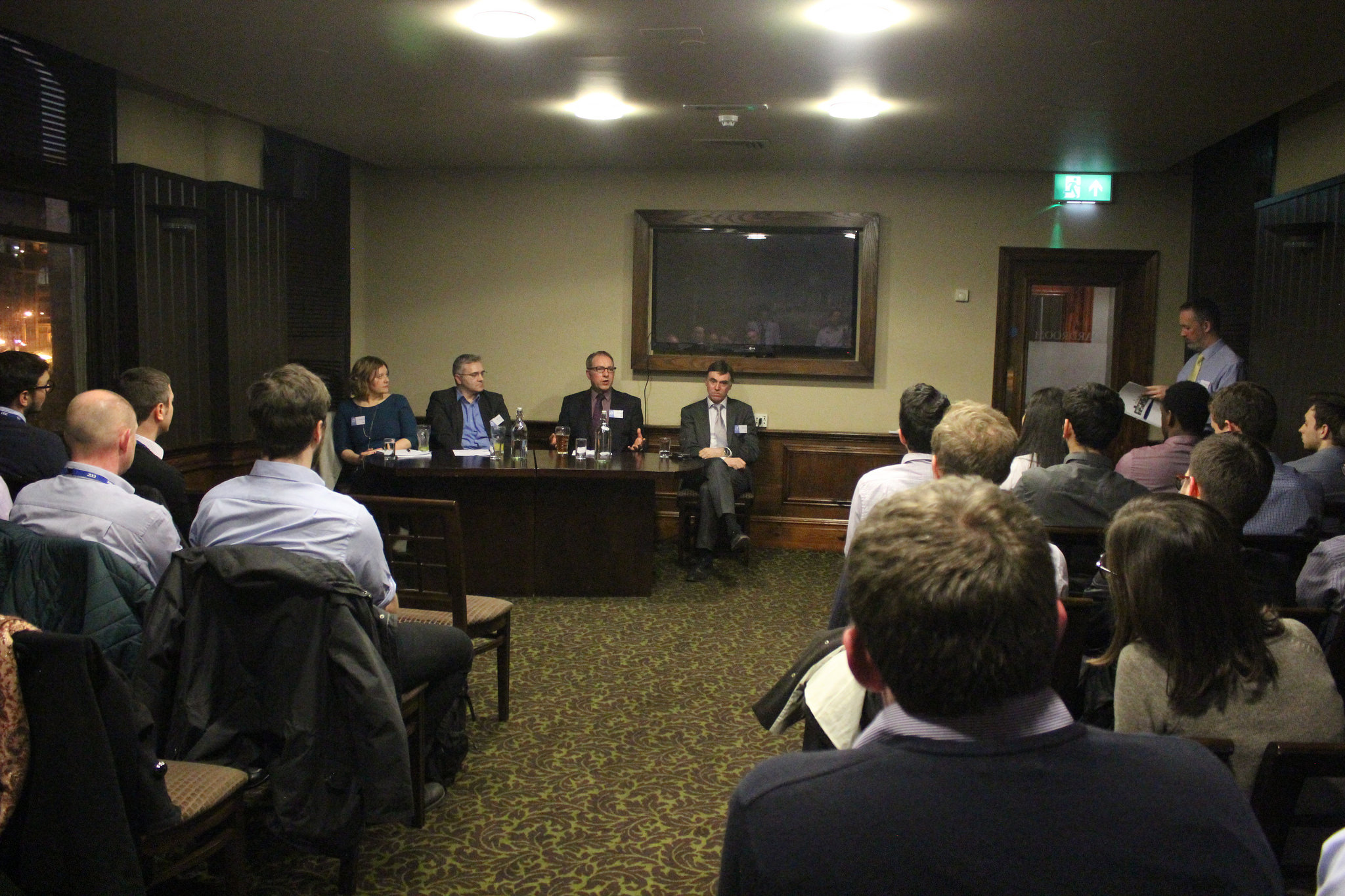 On 14th March 2016, young professionals from the construction industry gathered at Manchester’s Rain Bar for an evening of discussion and debate about how to make a successful career in engineering. It was an opportunity to hear leading figures from the industry reflect back on their career and share their own personal story about their journey to success.

Delegates on the night were introduced to a panel of professionals by Brian Duguid of Mott MacDonald, who acted as Chair for the evening. Brian rejoined the Journey to Success as Chair after having been a panellist at the same event in Manchester in October 2014.

The panel of industry leaders at the event was made up of a cross-section of disciplines from the built environment, with each member bringing their own perspective of what it takes to become successful (see box below for details of each panelist). All of the panellists provided fascinating insights into their careers to date and were met with a series of challenging questions from audience members eager to know more. The evening was rounded off with an informal networking event giving attendees the chance to meet like-minded individuals as well as getting some one-on-one conversations with our panel members.

Journey to Success started was started several years ago by British Group of IABSE with the aim of providing young professionals within the built environment the opportunity to hear how senior members of the industry have shaped their careers. Now in its 6th incarnation, it has quickly become a staple part of IABSE’s annual programme of events.

Post event note: It is with great sadness that we have been notified of passing of Nigel Jaques shortly after the Journey to Success event in Manchester. He was a charismatic member of the panel whose career path attracted a number of audience questions. Our thoughts are with Nigel’s family.

More photos from the event can be found in the IABSE Flickr Photostream.

Brian Duguid is a Technical Director and Practice Leader for Bridges at Mott MacDonald. With experience in all areas of bridge engineering, Brian enjoys the creative and collaborative sides of design. Brian has been involved in a number of design contests, as well as helping to produce IABSE’s International Guidelines for Bridge Design Competitions. He is an Honorary Lecturer in bridge design at the University of Manchester, a Fellow of the Institution of Civil Engineers, and a member of the IABSE British Group’s Executive Committee.

Paul Fenwick holds an honours degree in Civil Engineers, is a Chartered Civil Engineer and Fellow of Institution of Civil Engineers. Paul has some 40 years’ of Local Government experience in the field of highways and transportation. Having joined the Mersey Gateway Crossings Board (MGCB) in 2014, Paul has lead their technical and contract management team through the construction/commissioning phase of the Mersey Gateway Bridge project. Prior to joining MGCB, he was Project Director on the New Tyne Crossing project for the Tyne and Wear Integrated Transport Authority. He steered the project through initial development, public enquirer, procurement, construction/commissioning and the first 2.5 years of full operation.

Mark Bulmer is a Technical Director for AECOM’s major bridges group, where he leads and manages major bridge projects in the UK and overseas. He started his career working for bridge building contractors before moving to consultant AECOM in 2001; and has been involved in temporary works design, construction engineering, inspection, assessment, and design of large structures, including major bridges. His particular specialism is suspension bridges and he has been involved in over 20 suspension bridges throughout his career.[/box]