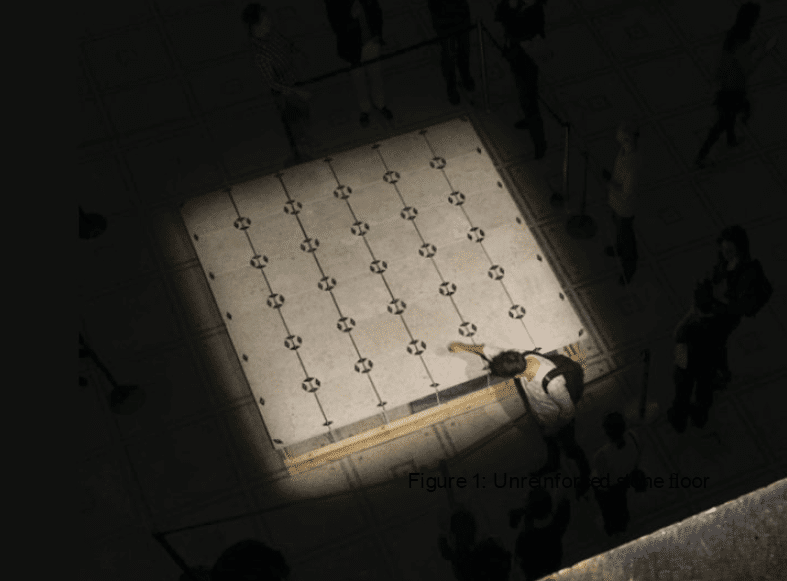 The Milne Medal is awarded to an individual engineer for excellence in structural design, both in the overall concept, and in the attention to detail in their work, and is named in recognition of the late Bob Milne, who served for many years as the Honorary Secretary of the IABSE British Group. The recipient delivers a lecture, usually in November, at the Institution of Structural Engineers. This year it was held online (video here).

Steel and concrete are generally the go-to materials for engineers. However, Steve started by taking us back in time to when that was not the case. He went right back to the oldest evidence of bricks coming from Damascus and 4000 years later to the first fired clay bricks in China. At that time accessibility to the materials was the crucial factor in material choice. This was because of the lack of plant to transport materials. Therefore what we see is a use of the materials from ‘around your feet’ mud, soil, clay and firing where there were forests for a wood supply makes sense.

Then Steve homed in on London and looked at the evolution of material preferences here. Prior to the Fire of London, 1666, timber and stone were the favoured materials however, because of the fire, it was announced all construction had to be in masonry. The on hand supply of London clay and coal for firing made London bricks the material of choice. But now we know the impact of the coal firing on the environment looking back was that the moral material/process to use?

Steve posed the idea that engineers are a cog in a mechanism, prone to following standards/codes. The overall working of the mechanism is overseen by the government, however, Steve suggested that we, as engineers, as cogs in that mechanism should not just be looking at complying to standards but also beyond that to the morality of what we do and the effect it has.

Engineers, primarily think of the safety implications and that Steve recognised is moral. However, where their is choice among the ‘safe’ options economic drivers come in which could be impacting the morality of our decisions. Steve proposed we should be addressing the questions of why we select a material and how that material came into being, is it the efficient and sustainable choice as well as the safest and most economic one?

Engineers need to be weary when making design decisions. Ensure overdesign does not result when material is cheaper than labour and if labour is cheaper think, why is the labour cheap? Are the conditions of the workers fair and safe, are they paid appropriately?

Webb Yates emphasise the sustainability of materials, in particular considering embodied carbon. Contrary to common belief, Steve explained how, even accounting for its recyclability, steel has greater embodied carbon than timber and stone.

Cross Laminated Timber (CLT) is not only a sustainable material but can also form part of a quick and relatively simple construction process. It can also be used alongside a concrete shell to retain the thermal properties of the concrete but reducing the size of concrete sections required. Post the Grenfell Tower disaster there were concerns around using timber due a lack of fire resistance. However, Steve reassured us that studies have shown CLT to have good fire resistance, provided by a charring process.

Stone, Steve posed as a material that is even more sustainable than timber and should be promoted as such. Steve demonstrated how quarrying to obtain stone is more land efficient than the industrial forestry that would be required to increase the use of timber in construction. Furthermore, after the quarry is finished with the land can be returned to its natural state. Stone has the advantage that it is stronger in compression than concrete. It does not experience the shrinkage that concrete does due to the lack of water content and there are no compaction or curing issues to deal with. There are also long-term financial benefits of using stone through the lesser maintenance required in comparison to steel or concrete. Steve then showed a reciprocating tile approach which has been shown to enable the construction of a 3 m x 3 m x 40 mm thick unreinforced stone floor. This was presented at a live installation at the V&A (See image).

The lack of tensile strength in stone Steve showed could be overcome by installation of reinforcement in machined out grooves. This technique has been shown to result in stone which can span 12m with a reasonable depth.

So why is this material not being used more widely? Steve proposed that this is because of a lack of standards and guidance documents relevant to the use of stone and a lack of producers and hence competition making stone a relatively expensive material. But , Steve suggested, fundamentally we have to look back to what is taught at universities – generally concrete and steel. This lack of knowledge leads to the stone being perceived as a riskier material to select.

The overall message Steve got across was to always question why, and, as engineers, think morally not just financially or materialistically.