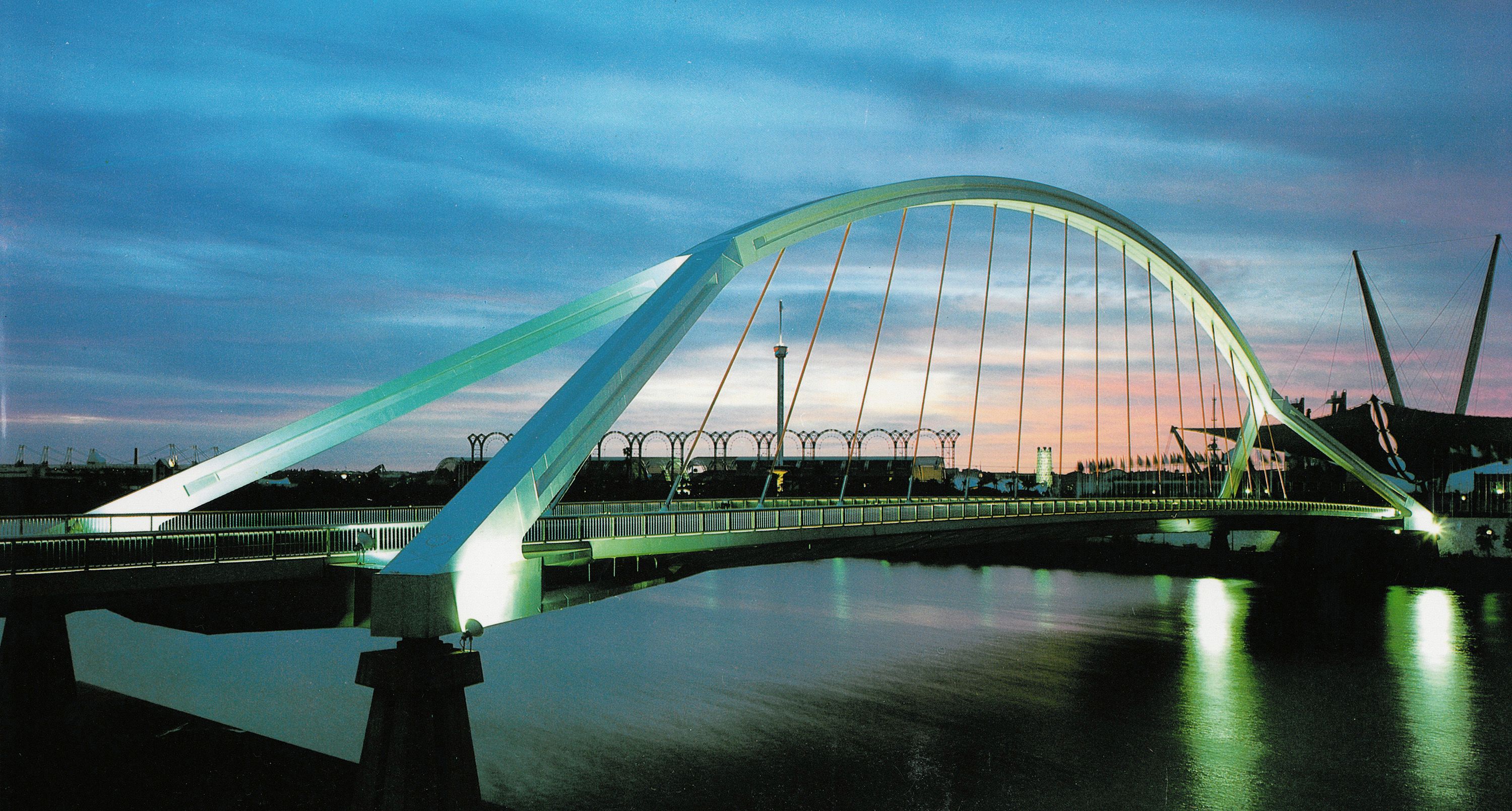 Tributes to Juan José Arenas have been many and widespread across the international bridge engineering community after he passed away last November. Héctor Beade-Pereda, IABSE British Group member and 2016 IABSE Prize winner, remembers him:

The demise of Juan José Arenas (Huesca, Spain, 1940 – Santander, Spain, 2017), an exceptionally talented bridge designer and civil engineer, is an irreplaceable loss for our industry. Juan José designed a number of remarkable bridges in his life, using different materials and structural types, many times unconventional ones. A number of examples show his courage and self-confidence to explore new territories in his designs: Barqueta Bridge in Seville was the first of a family of bowstring arches that combined a single central arch and inclined transversal frames at its ends, La Arena Viaduct was one of the first multi-span cable-stayed brides in the world, Barcelona Harbour Bridge was the bascule bridge with the longest span when built, and the Third Millennium Bridge in Zaragoza, his last major project, is the bowstring bridge built in concrete with the longest span and the first one built using high-strength self-compacting white concrete. Arenas received a number of awards and recognitions for his bridges (ECCS European Award for Steel Structures, Gustave Magnel Gold Medal and Fib Award for Outstanding Concrete Structure, among many others) and his career (IABSE International Award of Merit in Structural Engineer, Laurea Magistrale Honoris Causa from the Architecture School of Palermo University and Laureate Engineer Recognition from the Spanish Royal Academy of Engineering, among many others).

Arenas reconciled during most of his career the role of Professor at the Civil Engineering School of Santander and bridge designer, being the founder of APIA XXI and Arenas & Asociados, the companies where he designed his most important bridges. However, besides numbers, records and awards, what made Juan José unique was his ability to combine rigour, sensitivity and passion when designing bridges. He has been an inspiration for many and should be an everlasting example to all the professionals of this discipline.

When in the last years of my engineering studies I began to have a better knowledge of the Spanish contemporary bridge design companies, the figure of Juan José Arenas immediately attracted my attention, highlighting from the rest. His bridges might have comparable general layouts to those designed by others, but the elegance of their shapes and, especially, how carefully detailed every element was regardless of their structural responsibility, made his bridges special for me. The drawings were especially beautiful too, apart from the main constructive purpose, there was an aesthetic aspiration in them. Arena’s bridges were a joy for someone with my strong bridge designer (not strictly bridge engineer) vocation and working with him became my dream at that time. This dream became true four years later and it was a huge pleasure and pride having had the opportunity to work with him for almost ten years.

Sadly, he already suffered from the cruel disease that limited him personally and professionally in the last part of his career but, because of that he was, for those who have the chance to work with him, much more than the obviously gifted designer and brilliant engineer, he was also the best example of perseverance and fight against adversities. He would never complain about this limitation (what’s more, he frequently apologised for it) in his permanent ambition to achieve the best possible bridges. And good bridges, in his own words, were based on ethics, aesthetics and statics. Arenas wouldn’t care about starting a project close to the delivery date again from scratch, even one successful for the client eyes, if he thought at any point of the process that the decisions made so far were improvable. Business logics were always secondary when compared with bridge quality. That’s how much he cared about his work.

I remember a short anecdote that shows some aspects of his personality. We were with other colleagues form the company in a meeting with our client during the construction of the Third Millennium Bridge in Zaragoza, a very (very) complex concrete bow-string arch whose detailed design had been finished three years earlier. During an intense discussion about construction feasibility (the bridge was being questioned that day), Arenas was quietly drawing sketches and noting down some equations. After a while he interrupted the conversation and he said: I got scared, I thought the bridge was wrong. The deck seemed to be far too slender. But it is thanks to the short side spans. It’s always useful to make decks continuous, if possible. That’s how he was: natural, transparent, honest, always concerned about the bridge… and much more careless about the process.

Thank you for your generosity and your legacy, Juan José. Very grateful for everything. Rest in peace.